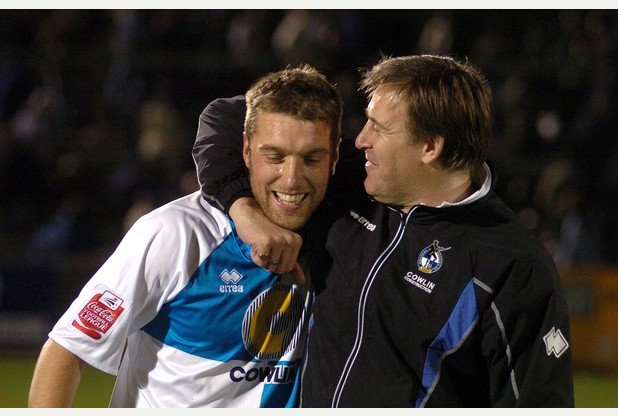 Ex-Gas Rickie Lambert made the perfect start to his West Brom career, scoring twice just hours after joining the club. Lambert was thrown straight into the squad to take on his former club Bristol Rovers at the Memorial Stadium on Friday night.

The England international joined from Liverpool after a year on Merseyside and wasted little time in making an impression for his new side. Lambert struck a goal in each half as the Baggies cruised to a 4-0 victory to mark a perfect debut for the 33-year-old striker. Craig Gardner had doubled the lead for the Baggies and substitute Victor Anichebe made it 4-0.

The game however was about another Rovers legend in former goalkeeper and long-time physio Phil Kite. 3760 Gasheads turned out for his testimonial game including a number of legends.

Kite was given a standing ovation from all sides of the ground after being afforded a guard of honour by both teams before the action got underway.